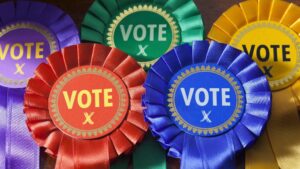 Events in the next few weeks are likely to prove pivotal to Boris Johnson’s future in office. Amidst confirmation that he did break the law at least once during lockdown, voters will next Thursday head to the polls for the local elections, in what may turn out to be more of a referendum on the public’s opinion of the Prime Minister.

Whilst Conservative MPs may cite the ongoing conflict in Ukraine as grounds for putting off a leadership contest, a poor showing in these elections will likely prove far more important in determining whether Johnson is the Tory leader going into the next general ballot. Though the absence of an obvious successor may convince some that the PM remains their best option, a substantial enough loss of council seats may for others demonstrate that Johnson’s electoral abilities have finally expired.

Key to such an assessment will be results from the London Borough of Wandsworth, seen as a totemic Conservative local authority alongside neighbouring Westminster. Both were identified as being under threat in a recent warning from Conservative peer Baron Hayward, who described the loss of Wandsworth to Labour as being “almost certain”.

Those comments will have raised concerns given the accuracy of Hayward’s previous political predictions, most notably his forecast for the 1992 general election. Unlikely to calm such fears are details of the changes to be made in the borough for the 2022 elections, which include a reduction to the number of councillors and significant redrawing of the ward boundaries.

Those changes seem set to benefit Labour to at least some degree, and may precipitate the loss of a council controlled by the Conservatives since 1978 and emblematic of Thatcherite policy throughout the following decade. Such a loss would therefore be a symbolic one for the party, as well as an embarrassment for a weakened PM.

That discomfort will be multiplied if Wandsworth is accompanied in its switch to Labour by any other London boroughs. Such potential losses should not, however, be attributed entirely to the influence of transient national circumstances, nor to the character of the Prime Minister. Labour’s gains in the borough should instead be viewed as part of a wider trend that has seen it become increasingly difficult for the Tories to win in London.

Perhaps the most significant factor in this shift has been the UK’s departure from the European Union, both as direct issue and through its influence in the more general repositioning of the Conservative party. As with most of London, Wandsworth voted strongly to remain in the union, a fact which may explain Labour’s gains in the previous local elections, held in 2018 amidst widespread difficulties and divisions over the issue of Brexit.

Another key issue is the state of housing, planning, and development in the capital. Like other London boroughs Wandsworth has benefitted from significant investment in its built environment over the past two decades – bringing new homes and transforming places like the Southside Shopping Centre (a Redwood project). However, with the ongoing swelling of London house prices, many younger people are finding it increasingly difficult to get on the housing ladder. The next generation of homeowners therefore finds itself stuck as a generation of renters and, accordingly, retains their disposition towards voting Labour.

Whilst this state of affairs is observable across much of the capital it is a notable issue in Wandsworth for many young voters living there – concerns about the relatively low level of affordable homes delivered at Nine Elms have augmented this issue in the public consciousness.

Come polling day these demographic shifts may contribute to the Conservatives’ underdoing and, as they are unlikely to reverse quickly, potentially leave the Tories out of favour for a while yet to come. Wandsworth Labour’s campaign has so far placed housing at the forefront, with pledges to cease sales of local authority land and to construct a thousand new council homes if they take control in May. They will also want to mark a change in culture, possibly introducing measures prohibiting building features such as so-called ‘poor-doors’ – separate entrances for a building’s residents depending upon their occupation status.

Other Labour policies such as their pledge to maintain the borough’s historically low rate of council tax also have the potential to attract voters from a range of different groups. Revelations of the PM’s lockdown partying will doubtless also play a part, if only in convincing some previous Conservative voters to stay at home, as seems likely. With Labour winning the popular vote in the previous local elections, even a minor contraction in Tory support could prove decisive in Wandsworth and, perhaps, ultimately for the Prime Minister as well.