‘Partygate’, COVID, a by-election defeat and the Government’s direction of travel 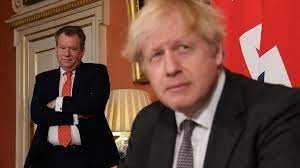 As if he hadn’t enough problems with Partygate, the Owen Paterson Affair, the North Shropshire by-election and COVID, his Christmas mood was dampened even further by the resignation of Lord Frost, his Brexit Minister.

While very few people have heard of Lord Frost, his departure is symptomatic of a significant internal Tory divide – which is endangering Johnson’s Premiership; could carry implications for the future direction of the Government and will put out-of-step those Tory local authorities looking to the national party for a lead.

At the heart of the disagreement is what kind of country the Conservative Party wants, post-Brexit. Many MPs on the right of the Tory Party wanted Brexit because they thought the UK would do better as a low-tax, low-regulation economy, unfettered by the EU. However, their majority of 80 at the last General Election was won by winning votes from former Red Wall seats – whose support needs to be cemented by significant investment in their areas and whose residents may well feel they will not thrive in a low-tax economy.

Many Conservative MPs – including many in the Cabinet – are unhappy with the Government’s direction and, in particular, with its recent decision to raise taxation. Many of them backed the Prime Minister’s move to raise National Insurance to fund the NHS and resolve long-running issues over social care costs – but they warned that they would not support further tax rises. ‘Partygate’, the Owen Paterson Affair and COVID restrictions have caused many MPs’ concerns to bubble to the surface again. Lord Frost’s resignation letter summarised what many of them are thinking:

“You know my concerns about the current direction of travel. I hope we will move as fast as possible to where we need to get to: a lightly regulated, low-tax, entrepreneurial economy, at the cutting edge of modern science and economic change.”

Boris Johnson, or whoever succeeds him as Prime Minister, needs to cement the Party’s Red Wall support so that these former Labour areas vote Tory again at the next General Election. Before Johnson became Tory Leader, the old Thatcherite ‘pitch’ was paying ever-diminishing dividends – such that, prior to the last General Election, they had not won a decent majority since 1987 (when Margaret Thatcher had an overall majority of 102). Subsequent Tory victories – John Major’s 21-seat majority in 1992 and David Cameron’s 15-seat majority in 2015 – did not leave the Party with much room for manoeuvre in Parliament.

While the Parliamentary Conservative Party wrestles with its vision for post-Brexit Britain, it leaves a vacuum where local Conservative councillors and mayors might be looking for a lead. The new Communities Secretary, Michael Gove, has only just started trying to provide some definition to ‘Levelling Up’ – something that Redwood’s Thomas Gibson covered in his blog from 29 November. However, Gove’s efforts will be undermined if the Government’s general direction of travel is so publicly contested by its own MPs and ministers.

What does this mean for the regeneration and development industries? Well, the local working relationships that you develop with an area’s elected representatives have never been so important. Council leaders and directly-elected Mayors cannot afford to let wrangling at a national level affect or delay their ambitions to deliver improvements for their areas.

Local leadership, good design and ‘pride of place’ will continue to be key and so, while the Conservatives go through (another) national crisis of direction, the best that the rest of us can do is to understand local leaders’ priorities and help them deliver.