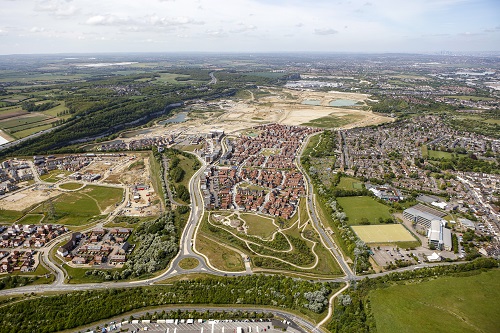 Redwood Consulting has supported Henley Investments in its UK and pan-European announcement of two major deals including its acquisition of City Centre Shopping Centre Martineau Place in Birmingham.

A Joint Venture between Sixth Street, a leading global investment firm, and Henley Investments, a leading private equity real estate firm based in London, has exchanged on the purchase of Martineau Place in Birmingham.

Nearby, Hammerson is bringing forward the Martineau Galleries redevelopment, which would see 1,300 homes and 1.4m sq ft of offices built on the Square Shopping Centre, King’s Parade and Dale Street.

In addition to this, Redwood also supported the announcement of Henley Camland’s sale of almost 1,000 housing plots at Ebbsfleet Garden city.

The Company has recently exchanged on the sale of these housing plots in Alkerden, one of the three new Villages emerging within Whitecliffe. The contracts involve three housing developers – Redrow Homes, Bellway Homes and Westerhill Homes, all of whom have already delivered homes at Ebbsfleet Garden City.