After General Elections in 2015, 2017 and 2019 (and Local Elections in between), one might think the UK needed a break from the seemingly constant polling we were subjected to. Two years since we were last asked our opinion about how the country is run; we now have our chance. 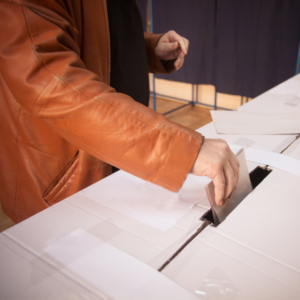 Local Elections are hardly the clearest barometer for the national mood, but we can hardly do much better than this year’s, as the cancelled election in 2020 now provides us with a veritable smorgasbord of contests across the UK on 6 May:

With the majority of people set to cast a vote on 6 May, the Conservative government (and all major opposition parties) face something of a mock exam three years out from the next General Election.

For the two major Parties, the key contests are likely to be in three rather different elections: the Scottish Parliament, Tees Valley Mayoral and Hartlepool by-election. The highlights for the development industry in these areas are the SNP’s ambitious housebuilding programme and the key issue of infrastructure investment in the former ‘Red wall’ areas.

The SNP has been in power since 2007, when it usurped a Scottish Labour Party now behind even the Scottish Conservatives (in numbers of MSPs) as we head into the 2021 election. That the SNP will win the most seats in this year’s edition is something of a foregone conclusion, but the scale of their victory will be vital, not just for securing a second referendum on Scottish independence, but for the delivery of their manifesto pledges.

Amongst those are an ambitious programme of housebuilding, with 100,000 affordable homes targeted by 2032, backed by an investment of £3.5 billion over the next parliament. On retail, the SNP has also committed to exploring the introduction of a new national digital sales tax to “level the playing-field between online and digital and use any revenue to breathe life into our town and city centres.” It will also publish a “Retail Strategy”, which will emphasise innovation and a robust, local supply chain focus.

With the Scottish Conservatives and Labour Party under the new management of Douglas Ross and Anas Sarwar respectively (not to mention the key difference of new leadership at their respective London HQs), this contest will provide a clear bellwether for not just the SNP’s leadership, but the sentiment toward the UK’s two main political parties north of the border.

A perfect storm of an election that will provide a clear indicator of how well Labour and the Conservatives are performing in a key electoral battleground. With the Liberal Democrats deciding not to put forward a candidate in this election, it will therefore be contested by the incumbent, Ben Houchen (Conservative), and Jessie Joe Jacobs (Labour) – in other words, a referendum.

What makes the Tees Valley mayoral contest so interesting is that, within its boundaries, sit (at least parts of) seven parliamentary constituencies, of which four flipped from Labour to Conservative at the last election, as the Brexit battlelines were drawn. With Hartlepool looking likely to make it five (see below), and Brexit now no longer the central electoral issue, Houchen’s performance will provide a strong indication of whether the Conservatives have begun to build solid foundations in their new blue wall.

But for Labour, under new management, this is an election they cannot afford to lose. The incumbent’s wafer-thin majority in 2017 (when voters had the benefit of voting for two additional candidates from the Liberal Democrats and UKIP) would normally be an open goal for Labour in the North East.

Infrastructure investment and jobs are the key battleground issues between the parties with the Conservative candidate highlighting the money he has brought into the area during his tenure as Mayor. Labour’s pitch also involves infrastructure coupled with a strong emphasis on revitalising high streets. New development proposals – particularly larger schemes – are likely to be scrutinised through this prism.

If you want to know whether Labour will regain the Red Wall in 2024, this election might be a better indicator that the much-vaunted Hartlepool by-election (but we’ve covered that off below, just in case).

Whilst Labour held Hartlepool and the Conservatives saw their vote share fall in the 2019 General Election, the seat still followed the general pattern within the region, with the Brexit Party (now Reform UK) coming in third, with 10,603 votes. With Labour’s much-depleted majority of 3,595, and Brexit now having been delivered, the redistribution of these votes will decide this election.

A recent poll has the Tories 7 points ahead of Labour. If this is realised in the by election itself, it will show that the Tory Party under Boris Johnson still has a strong appeal in the Red Wall, with the combination of Brexit, the vaccine rollout and recently announced public spending set to benefit the region the likely cause.