Back to the Future… of high streets and town centres

When Marty McFly arrives in his home town of Hill Valley in 2015 in Back to the Future II, in amongst the hover cars, hologram advertisement for Jaws 19: This Time It’s Really, Really Personal, and a robot-run petrol station, there is something that strikes me as a little odd: the footfall’s fantastic!

But would it be the same in fifteen years on from that? That’s what the Housing, Communities and Local Government Committee set out to find with its report on town centres and high streets in 2030. It’s the culmination of a number of evidence sessions and submissions from people across real estate, retail and public sectors.

Since Jeff Bezos dispatched his first book from his garage in 1994, developers, landlords and occupiers have been chiming the same note of alarm. They worry that untrammelled ecommerce will kill traditional bricks and mortar retail and our high streets and town centres.

The committee agrees with this narrative, and argues that retail hubs have to shift to become more community-focused spaces. In essence, a shift towards making spaces that foster greater social interaction, community spirit and local identity and characteristics – something our clients here at Redwood have been stressing for a very long time indeed.

This change, it suggests, requires strong local leadership, with councils at the centre of reform. There is, however, one fairly big problem: a lack of funding.

Whilst a number of forward-thinking, innovative councils (like Cherwell District Council) are leading the way in community-driven, town centre regeneration, it is common knowledge that local authorities are struggling financially. With Brexit preoccupying almost all aspects of government policy, creating a logjam in the process, it is inevitable that investment on a local level will have to come, at least in part, from private investors. 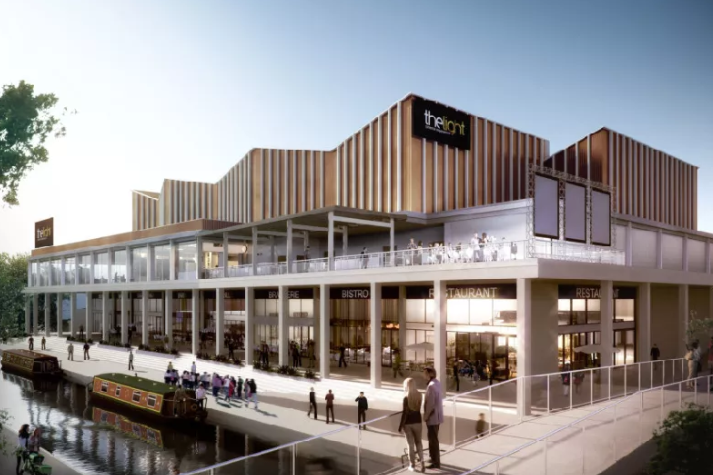 Castle Quay 2, Banbury: a CGI of the new cinema from the existing shopping centre

Indeed, the report highlights the Future High Street Fund and Task Force respectively as fundamentally good ideas, but underlines that chronic underfunding (from central government) leaves a gap that needs to be filled by the private sector.

Landlords are encouraged to engage more locally, working with existing partnership groups and maybe even start their own property-owners Business Improvement Districts (BIDs). The report also recommends that the government reassesses the Landlord and Tenant Act 1954, Part II, making it suitable for today’s retail environment.

Overall, the industry could be forgiven for letting out a long sigh. There is very little that is new here and many of the recommendations can be found within the original Grimsey Report. Indeed, past failings are even signposted within the document, with the ill-fated Portas Review highlighted as an example of the kind of all bark, no bite nature of such inquiries.

But there is certainly a sense of urgency within this report that we have not seen elsewhere, with a unified call to arms from across the stakeholder landscape; from landlords, to occupiers, community groups to local authorities, there is a mutual understanding that things to change.

Will the government finally listen to this most recent rallying cry? Only time will tell…